Located on California’s Monterey Bay, Kitayama Brothers Greenhouses are fortunate to call this area home. Not only is the mild climate ideal for growing agricultural crops, but the sandy fertile soil is perfect for growing beautiful flowers. In 1948 the four Kitayama brothers, Tom, Ray, Kee and Ted, began building a dynasty in the cut flower industry. With greenhouse facilities in Union City, CA and later in Brighton, CO and Watsonville, CA, the Kitayama’s had over five million square feet of greenhouses in production. In 1995 the production ended in Union City, and it wasn’t until 2002 that production was ended in Colorado. The Colorado facility continues to serve as the corporate headquarters. 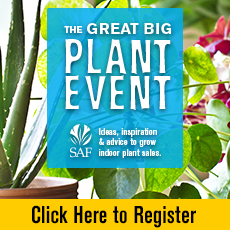