#FlowerTributeTour by Flowers of Colombia 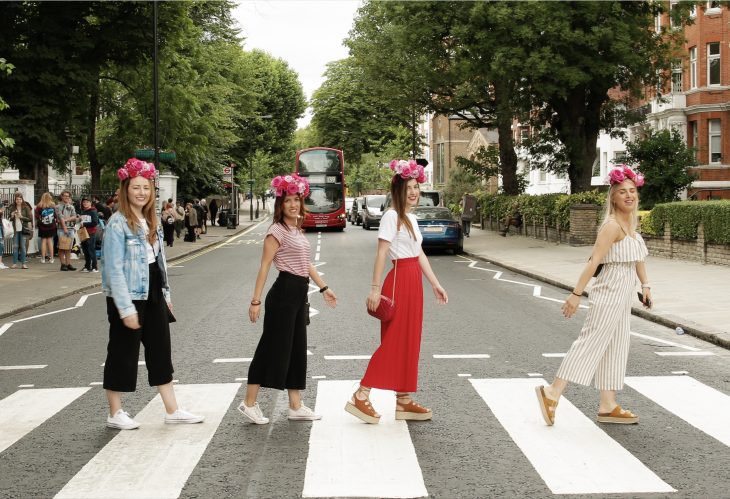 Flowers of Colombia have made it their mission to remind us that flowers have a place in our daily lives as a means of self-expression. Flowers of Colombia by Asocolflores, is an invitation to share with the world the best of you (flowers), and the world will give you back its beauty.

The #FlowerTributeTour is a campaign that want to pay tribute to both of the main markets of Colombian Growers, Japan and UK, in a unique and authentic way. Flowers of Colombia is a brand launched last year during Proflora show in Bogota and its main goal is promoting Colombia as one of the most important flower producers in the world… just behind Holland.

The pairing of flowers and music has much more in common than people think: both beautiful Colombian blooms and British cult-classics have the goal to inspire diversity in their audience. To pay tribute to cult British music, a group of superstar Colombian flower growers including Pablo Bazzani, toured around London to spread the spirit of Flowers of Colombia, to the beat of their motto, “diversity that inspires”.

First stop: spread the love at Abbey Road with hippie-style floral head crowns to honour the band that provided the soundtrack to the swinging sixties, The Beatles. Stop 2: The Apollo Theatre, where bouquets were presented to Queen fans, at the theatre where they made their name. Final destination: The West London café where The Rolling Stones were discovered, which was decorated to the colours of Colombia. Beyond London, the #FlowerTributeTour took Flowers of Colombia as far as Tokyo, Japan! There, our troop of Colombian growers celebrated Japanese culture and traditions with flowers. Colombia is the leading importer for cut flowers in Japan, making the Japanese market an essential part of this international Tribute campaign.

Ricardo Samper, a Colombian grower representing Flowers of Colombia, travelled to Tokyo to experience a culture that merges the traditional and the modern in different aspects of its daily life.

Colombians think that Japanese culture coexists with traditional elements and avant garde, it is respectful and therefore beautiful. It also appears in various styles of Japanese women, and women of various charms exist.

In this video, we feature Japanese ladies with such a variety of charm, superimposed on the diversity of Flowers of Colombia, capturing the beauty of each with the video. This project also expresses the respect and admiration of Colombians to Japanese culture.

Our world is beautiful and, through flowers, the magic of every culture is revealed.
Join us in discovering new corners of our lovely planet share the videos:

About Flowers of Colombia “DIVERSITY THAN INSPIRES”

The best way to understand Colombia is through its diversity: climates, regions and people;

Our diversity has allowed us to captivate the most demanding consumers and become a reliable source for the floral industry; a place where flowers are available for all tastes, all year round. Indeed, for more than fifty years our flowers have connected people, lightened up homes, transformed spaces and made moments more enjoyable.

Our diversity goes beyond a great variety of flowers. It is the result of our commitment and effort to do things right. It is also a symbol of progress and wellbeing for thousands of families. It is our way to inspire the world.

Behind each of the Flowers of Colombia there is a unique power: the power of our diversity.

Celebrating its 45th anniversary in 2018, ASOCOFLORES was founded in 1973, with the purpose to strengthen sustainable floriculture in Colombia to generate well-being and inspiring experiences for all. The trade organization includes 160 members.