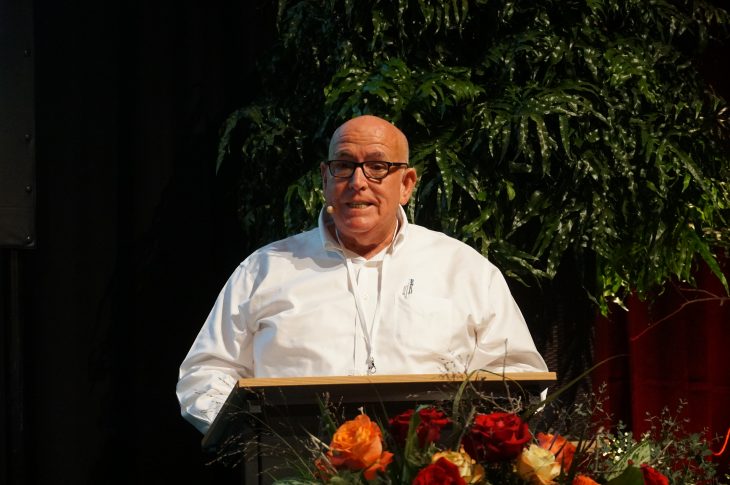 Hello from Amsterdam, or wait, I am back in Miami but still trying to sort out my time zones. Traveling through space and time zones can take its toll on those not up for the adventure. I am happy to report that the wife and I have made it back and  I am eager to share the results of this important week.

For the second year in a row there was an International Floriculture Forum held, organized by Union Fleurs, where Richard Fox, President of Union Fleurs introduced an impressive group of speakers on a panel. The CEO of KLM Airlines, Pieter Elbers; Marco van Zijverden, CEO Dutch Flower Group; Jonathan Ralling, Commercial Director of Flamingo Horticulture; Micha Danziger, Chairman Danziger Group; Hans van den.Heuvel, Manging Director R&D Dummen Orange. The moderator Simone van Trier did a great job of poking and prodding the panelist and the guest for a good discussion about various subjects. 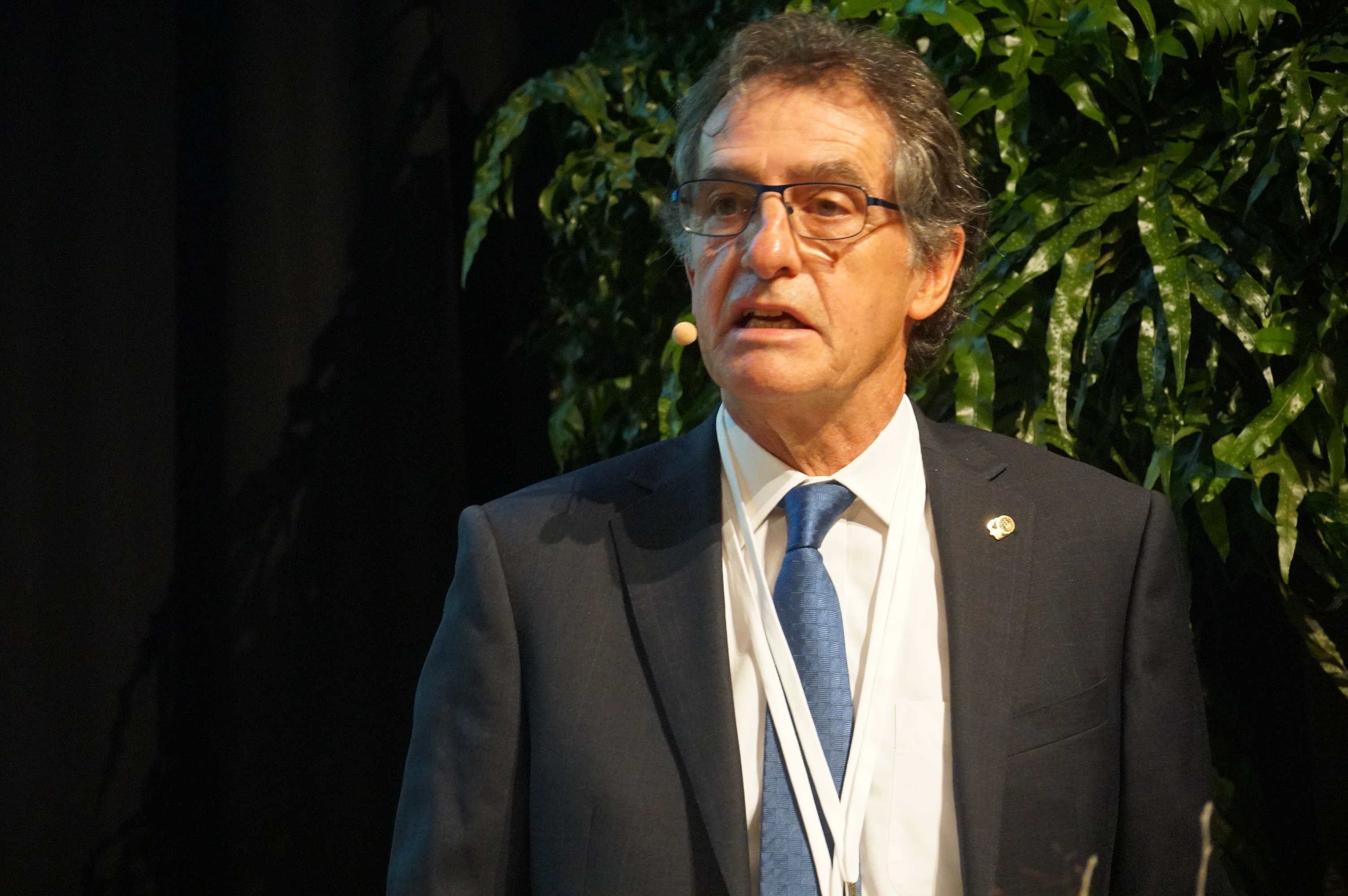 This meeting, as its name implies, tries to take on important subjects like Brexit, Trumpizm, logistics, plant genetics, trading and more.

I will share a few things I took away from this meeting attended by about 200 industry folks from around the floral world. 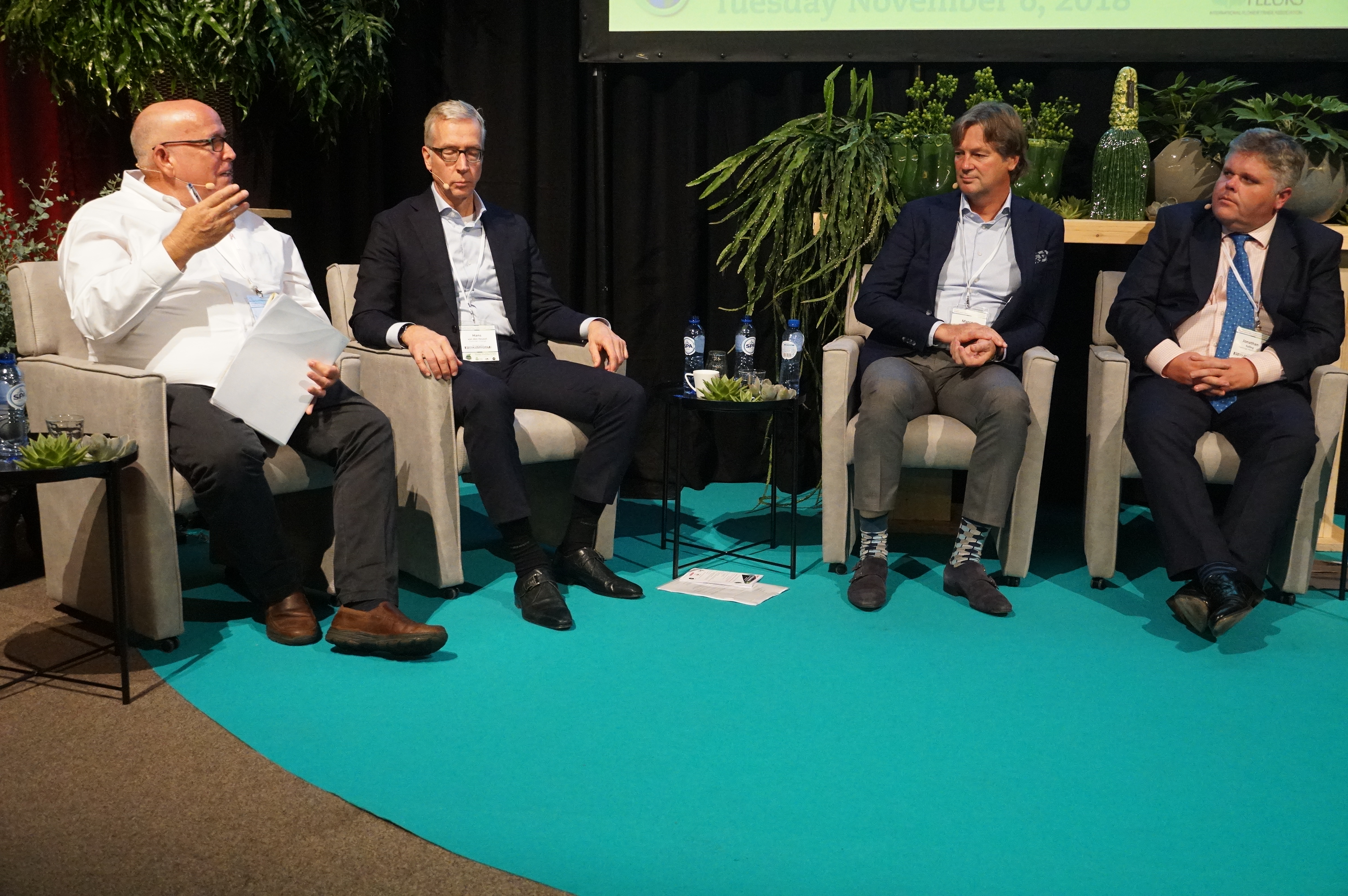 KLM has closed Martin air which was their cargo subsidiary and thus reduced its cargo fleet of 10 older wide body all cargo aircraft down to 4. They instead ordered over a billion dollars of more efficient 777 and 787 aircraft to add to their passenger fleet. These have more cargo space so KLM is confident that they can manage the flower volumes to come.

The Schiphol Airport in Amsterdam is the third busiest airport in Europe. However, the airport is limited to one half million take off and landings per year due to noise. That might sound like a lot but the airlines and airport are eager for more so they can add additional flights from new markets like Asia. This however is not likely to happen.

The other note worthy news regarding plant genetics is that the European Courts issued a ruling that categorizes a certain type of plant engineering called CRISPR, as GMO and therefore cannot be produced or sold in the EU. This will not prevent breeders outside the EU from the practice of using genetics to make plants resistant to one or more diseases. Basically this means that breeders in the EU cannot use this type of engineering to fix these common problems. However, Dummen Orange, a company that is steadily buying up worldwide breeding companies, says that while this ruling is a setback they have other ways to manage these issues. Dummen is likely one of the few companies that have the money and talent to make this work on a grand scale.

A most interesting note is that the Dutch Auctions were not mentioned once in this discussion. This is another indication that the once powerful auctions are no longer the pivot around all thing floral in the Netherlands.

What I like about these meetings is that the Europeans are very forward thinking and are more willing to work together than their American counterparts from my perspective. While these meetings are not the place to draw firm conclusions they are a chance to talk openly about some of the issues that affect us all in one way or another.

The organizers at Union Fluers are evaluating the results and feedback to determine if another event is needed and desired. If so they will likely schedule it at the same time next year during the IFTF exhibition in the Netherlands in November.