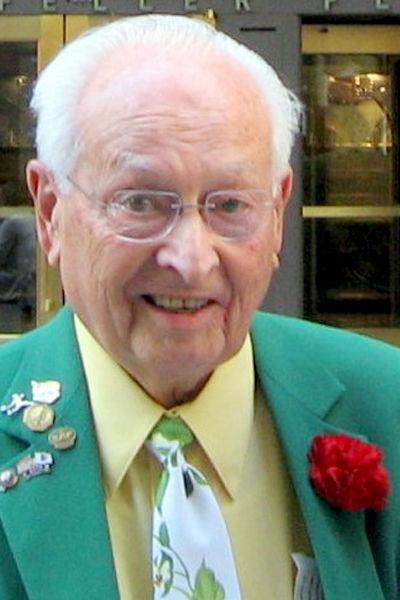 Mel Schwanke AAF, Past President of the Society of American Florists, and Recipient of the SAF Floriculture Hall of Fame Honor passed away at his home in Fremont Nebraska on Monday December 17, 2018 at the age of 92.

Mel served as the executive director of the Nebraska Florist Society for over 50 years- and also was the Executive Director of NeMoKan- the Nebraska Missouri and Kansas Florist Association Convention- held annually for many years. Mel served on numerous committees, including the Retail Florists Council for SAF and helped to create the American Florist Endowment for research and education in the Flower Industry.

Mel served as Marine in WWII – and was awarded the Purple Heart for his service. He was the Chairman of the Building fund for his church- Trinity Lutheran Church- where the service will be held on Friday December 21- at 1:00pm. Mel is survived by his Wife Joey, and children Jo Heinz, Cindy McKown and J Schwanke- 4 Grand Children and 6 Great Grandchildren.