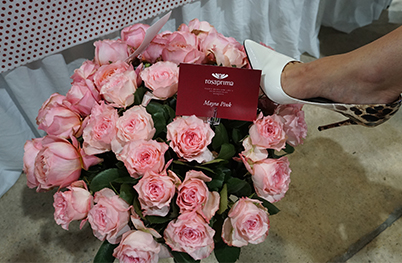 As I tickle my keyboard the 2018 Wffsa Distribution conference has come to an end. Once again held in Miami in October this show was a pleasant surprise since I saw more visitors there than I expected. The table top displays were well done and staffed with eager salespersons.

Wffsa’s leadership has managed to maintain this show from its heyday in Atlanta back in the late  80’s and 90’s and while it is smaller, it was still packed with wholesalers. With many competing interest and shows the Wffsa organisation has had to continue to renew itself to stay relevant and a value to its membership. This event was more educational than I remember and the tabletops allowed vendors to display there offering in a simple standard booth size. It is impressive to see what can be done in a small  space with some creativity and there was plenty to see.

Wffsa changed the rules this year regarding attendance which resulted in a smaller number of vendors but allowed for more room in the isles and gave vendors more elbow room as well. This year non-exhibiting vendors could not walk the show which clearly is direct result of some in the Miami Importing community unhappy that non member vendors/growers were allowed to walk the same event. A good change!

In my opinion, this issue likely had something to do with the Miami Importers association AFIF, deciding to have their own event earlier this year.

Wffsa has elected Ben Powell, President of Mayesh Wholesale Florist as the new President and I am confident that under his leadership Wffsa will find its way to continue to be a valued added organization for its members. Wffsa has a long tradition of presenting awards and the longest of those is the selecting of the recipient of the Leland T Kensle award. This is a lifetime award for making a difference in the floral business. This year Peter Moran former CEO of SAF (Society of American Florist) was the winner. The next award is the Retail florist of the year. This years winner is Magpie, Blossom Boutique of Austin Texas. Owner Mikki Mackenzie received the award. For me the highlight of the event was the panel discussion titled “Trends in Global floral production” The panel Hosted by Jim Daly of Floralife, was made up of Joaquin de la Torre of BALLSB, Heidi Wernett of Kunming Heidi Horticulture, Steven van Schilfgaarde of Royal Flora Holland, and Neil Hellings, Managing Director at Oserian Flowers, Kenya. This panel, Organized and Hosted by Jim Daly VP of Floralife, presented a lot of data and Wffsa has agreed to publish that data on its website.

I took away the following: the color blue is more important than ever, China is the next frontier for floral pioneers eager for a challenge, Africa will will not be a big threat in the US market, South America will need to monitor the distribution chain closely, and The Dutch auctions are opening up their distribution chain in Europe.

Finally, the exhibitors that I spoke to were pleased with the turnout and overall event including a great party that was very well done and fun. Wffsa is financially healthy and I look forward to what they come up with next year.

My video review below has been prepared for your enjoyment, Thank you for reading and listening!