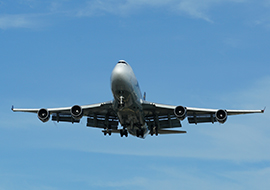 Hello to all and I hope this update finds you well.

Trucking issues are still a big part of the logistics discussions. All across the nation carriers are having difficulty finding drivers to fill their trucks. This has been an ongoing problem for several years and with low unemployment in the US the situation is not getting better. One floral carrier told me.

“We have loads that we are not able to move with our own available equipment and are forced to use third party carriers. Autonomous trucks can’t come fast enough to manage this driver shortage. The good news is that there is less pressure on rates and more attention to service than years past.”

Airlines. On the import side the cargo situation is stable but limited to those companies in really good standing with the airlines. There is about 30% less lift out of Bogota, Medellin and Quito. Medellin is especially bad and many growers are trucking their flowers to Bogota to catch the flights there. The cargo airlines are flying to wherever they get the best payload and flowers are not it, for now.

As a result I predict that there will be more sea containers of flowers moving for Valentines Day than ever before. This is still a relatively small percentage of the total exported, but a rapidly growing number.

Politics. The closing of the Mexican border would be a huge interruption in the flow of flowers from Mexican growers. Much of the Mexican production travels by truck to the US and a closed border is a serious issue for those accustomed to importing Mexican flowers.

Conventions. Flowersandcents.com has learned that Wffsa has decided to move the date of it’s Miami based distribution conference to a new time on November 5,6,7. This new date avoids the conflict with PMA but conflicts with the same dates of the two Holland shows, IFTF and FloraHolland.

Wffsa is well aware of the challenge this creates for mostly vendors who normally exhibit at both events. Turns out the traditional dates in October for the Wffsa  show have become some of the busiest dates of the year for wholesalers. Since getting wholesalers to these events is paramount for the Wffsa organization, they listened and moved the date.  There not many “good” dates for shows and it looks as if vendors and buyers will have to make some decisions for the coming year.

That’s all for now, thanks for reading and be sure to follow flowersandcents.com