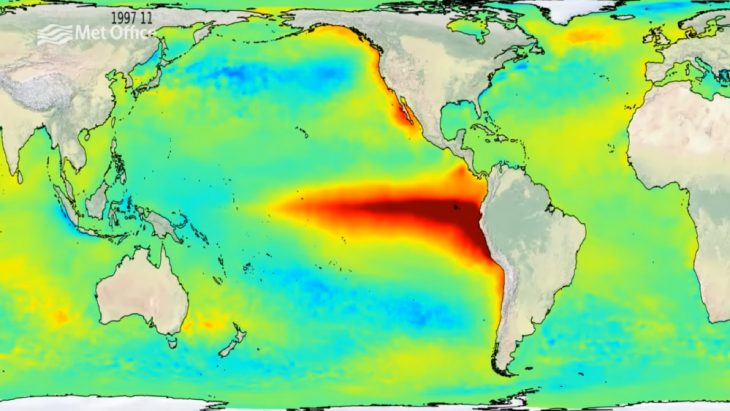 This article is about bananas but what happens to bananas in Colombia will like have the same effect on flowers.

It said that growers should take “a series of technical actions” so that their plantations suffer as little damage as possible early next year, when there is expected to be very little rain.

El Niño will be heavily felt between January and March 2019, according to the U.S. National Oceanic and Atmospheric Administration (NOAA).

“These recommendations are also based on climate data collected between 1982 and 2017 by stations in Tulenapa and Uraba,” said Juan Camilo Augura Restrepo Gómez, president of Augura.

“The numbers indicate that, historically, there is a 32% decline in rainfall during December and a 35% decline in January, February and March. We therefore need to take the necessary agronomic measures so that our quality standards are maintained for our production.”

It said that during the intense summer period the plantations often come under stress, and recommended foliar applications of anti-stress nutrients like potassium, magnesium and zinc – in addition to the normal fertilization plans – to reduce the impact of the little rainfall.

“The banana industry is no stranger to climate change – over recent years our plantations have been affected by intense summers and cold snaps which threaten productivity,” said Restrepo.

“That is why will continue to insist that the National Government brings forward projects that safeguard us from these poundings from nature.”

The association also recommended irrigating little but frequently, as well as covering the ground to preserve the humidity.

The last El Niño to affect the South American fruit industry came in 2015.