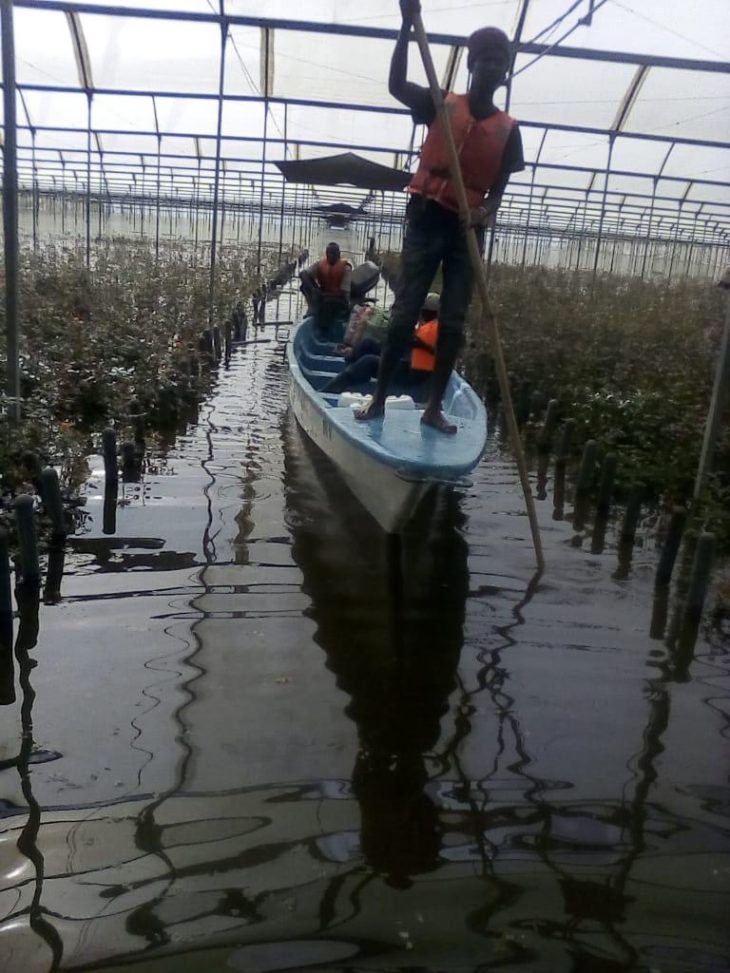 SOLAI, Kenya (Reuters) – A dam on a commercial flower farm in Kenya’s Rift Valley burst after weeks of torrential rain, unleashing a “sea of water” that careered down a hillside and smashed into two villages, killing at least 47 people.

The walls of the reservoir, on top of a hill in Nakuru county, 190 km (120 miles) northwest of Nairobi, gave way late on Wednesday as nearby residents were sitting down to evening meals.

Kenya is one of the largest suppliers of cut flowers to Europe, and roses from the 3,500-acre Solai farm are exported to the Netherlands and Germany, according to Optimal Connection, its Netherlands-based handling agent.

The floodwaters carved out a dark brown chasm in the hillside and swept away everything in their path – powerlines, homes and buildings, including a primary school.

The bodies of two women were found several km (miles) away as excavators and rescue workers armed with shovels picked through rubble and mud searching for survivors and victims.

Local police chief Japheth Kioko said the death toll could climb. “So far it is 47 dead. We are still on the ground,” he told Reuters.

Nakuru governor Lee Kinyanjui said on Twitter that another 40 people were reported missing and a decision had been made to discharge water from another nearby dam as a precaution.

After a severe drought last year, East Africa has been hit by two months of heavy rain, affecting nearly a million people in Kenya, Somalia, Ethiopia and Uganda. Bridges have been swept away and roads turned into rivers of mud.