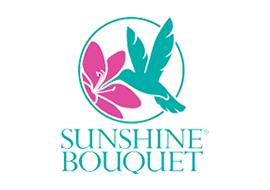 Over the last several years, Sunshine Bouquet has quietly become the largest flower grower in South America, with 1200 hectares of production to manage between Colombia and Ecuador. I was delighted to have this opportunity to speak with him.

To begin, John and I go way back to our very early days back in the early 80’s when we were both fresh out of college and joining our family businesses.

John’s grandfather, Alex Simko, emigrated from Hungary in 1914 through Ellis Island to New York, when he was 16 years old. His first job was working in a coal mine somewhere in Pennsylvania. He saved some money, and purchased a piece of land in New Brunswick, NJ, where he began growing vegetables and flowers. John’s father, Jack Simko, the youngest of four children, worked in those greenhouses with his siblings during his youth. In 1950, Jack opened a retail florist called Franklin Flower Shop, where John started working on Saturdays and after school when he turned 10.

Jack had a few friends that owned grocery and convenience stores and convinced them to carry his flowers by offering a no-loss guarantee. This is how the “Sunshine Bouquet” was born, and things prospered.

The business was buying flowers from all the local wholesalers to make their bouquets, which they did in the back of the flower shop. This worked fine until they became large enough to start buying direct from Miami, from companies like CFX, Sunburst, and Continental Farms (John is still good friends with Larry Howkins). The local New Jersey wholesalers, who were not seeing as much business, put pressure on the trucking company (Armellini) not to service them because they were retail and supermarket, and not wholesale.

John reminded me that this event prompted a quick trip to Miami to visit a supplier (CFX) and to my office. We suggested that Franklin Flower Shop establish a wholesale business in a separate facility—which they did under the name SB Wholesale Florist.

A little more history. John studied Spanish in high school, spending a semester in Chile with a host family. So, going into his junior year at Georgetown University, where he also studied German, he told his father that he wanted to study in Spain for the summer. His father said, if you go to Barcelona to have fun, you pay; but if you go to Colombia to learn more about the flower business, I’ll pay. John took the opportunity, so he was heading off to Colombia.

His father contacted some friends in the industry to find an internship but eventually landed on the other end of a phone call with me. I knew the owners at The Queen’s Flowers at the time and put them in touch and just like that, John was off to Colombia to learn the growing end of the business as an intern, and he learned well.

When John was then a senior at Georgetown, he started importing directly from Colombian growers using a Telex machine from his dorm room. After graduating, John told his father that he would work in the wholesale business, if he would sell it to him. Jack agreed, so John bought SB Wholesale from his father and changed the name to Sunshine Bouquet Company.

Fast forward to the last 12 months. Sunshine Bouquet purchased Nature’s Flowers which was a perfect fit, since they were 100% mass market and owned some farms. While the farms needed some improvements, the business was running and profitable.

Then, at the end of June, Sunshine Bouquet purchased The Esmeralda Group from Clarisse Ullrich, the widow of the late Peter Ullrich. This was a brilliant move, and gives Sunshine more production, an excellent quality brand, and also positions them as the largest grower in the Americas.

John Simko is a quiet man that does not like publicity, and gives the credit for his success to his employees, and there are thousands of them.

I asked John, how difficult it is owning farms in South America? When you are not able to travel there due to COVID. The internet and online meetings have allowed him to operate and conduct these huge deals. Again, he credits his team who are looking out for the company and the flowers.

John confirmed my recent writings that small growers were being hurt the worst due to COVID, but he said it is mostly because they have nothing to sell. Many growers large and small panicked and did not or could not tend to their crops, and as a result they have no production.

Sunshine Bouquet never laid off any employees, and the first thing he did when he bought these new farms was to rehire as many former employees as possible and bring the farms back up to full production. Every farm performs daily temperature checks and operates on split work schedules, and everyone wears a mask.

I asked John about the next 5 years and his answer was simply, there will likely be more consolidation within the industry. When a large Supermarket customer calls and wants more product, one box to each store could mean thousands of more boxes of flowers. You say yes and figure out how to fill the order. The answer seems to be, buy more farms.

This was a fun day in the flower business spent over lunch with an old friend. Thank you for reading.