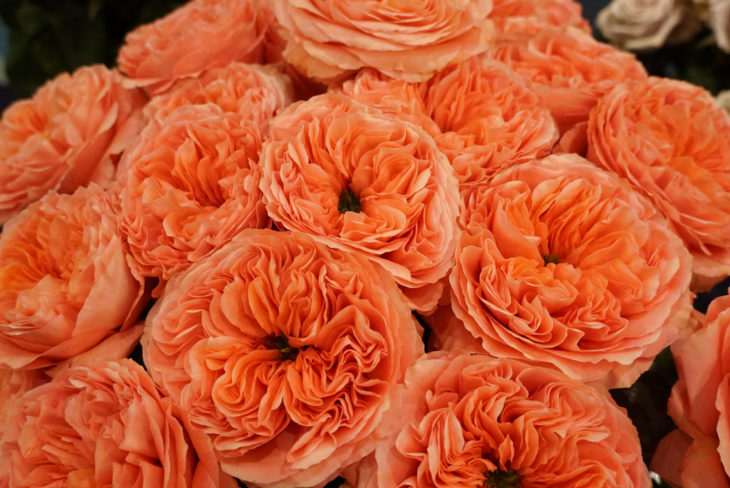 Flowers, flowers, and more flowers and then more flowers. Flowers are the lasting impression I have by attending this 137th edition of SAF’s annual convention. The design team was running around behind the scenes reminding me of the play “Noises off”.

At every meeting, and there were many, in every hallway and table and event, the place was filled with flowers. These were highly designed “plump” arrangements worthy of a sultan’s daughter’s wedding!

If you welcome the opportunity to learn from the industry’s leaders who are willing to share their candid thoughts with others. These conventions offer a great opportunity to do so. @SAFNOW.org

SAF is known to have their annual convention in cities around the US but lucky for me the last two have been held right here in Orlando where I now live. They pack a lot into three days, so you need to use an app and handbook to keep up with all of the different sessions going on. There are so many that I am only going mention a few to give you an idea of what you might hear or see.

Operational Tools that sustain your Business”,

Lots of sessions talking about social media and how to keep up with the ever-hanging times.

Ball won for their Punky Balls.  (see the video for pictures of all the winners)

Ryan Black of Jetfresh Flowers won the Marketer of the Year Award!! Way to go Ryan and well deserved.

Ranato Segueco of Floriology won the Paul Ecke Jr. Award. “For going above and beyond”

Pete Garcia of the Pete Garcia Company received an award for donating lots of money to the endowment and also the lifetime achievement award.  Congratulations! He was so excited his pacemaker called 911.

Here is what I learned while working the bar. An Ecuadorean grower told me that he was visited by a group of buyers from the Ukraine! They wanted to buy flowers and have the funds to do so.  I was pleased to hear this. That flower feeling is always needed.

The Dutch flower growers are warning that due to gas shortages and higher prices that many will close or not plant a crop this winter. The alarms are sounding all over Europe so stay tuned this one is going to be a major issue.

Finally, there was a SAFPAC event where four industry members participated in a talent contest. While I did not win, I think the winner was well deserved. Thank you, Detail Flowers Software. You just had to be there…

Basically, if you want to know what happens at an SAF convention you just need to attend one. With that said, clearly not everyone can afford to take the time to attend one of these. SAF does not disappoint, by holding several regional events that are affordable and within reach to all florists.

It was a fabulous show and good to see so many old and new friends. Until next year in Phoenix AZ. Sept 6-9 2023.