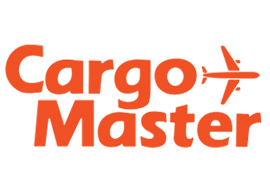 Panalpina continues to expand its Perishables Network in South America through the acquisition of CargoMaster S.A. in Colombia, and its subsidiary, Laseair S.A., in Ecuador. CargoMaster is one of Latin America’s largest companies specialized in the air freight export of perishables, mostly of flowers to the US.

Panalpina will acquire the Colombian company CargoMaster S.A. and Laseair S.A. in Ecuador subject to conditions. The companies reached a respective agreement on April 23, 2019.

CargoMaster, with its subsidiary Laseair, is one of the largest companies in Latin America specialized in the air freight export of perishables. From Colombia and Ecuador, the two companies predominantly export to the US, but also to Europe and Asia.

“The acquisition will make us the undisputed perishables market leader in Colombia and Latin America, and strengthen our position in Ecuador. We are adding significant volumes and know-how to our already impressive perishables footprint in Latin America, which will allow us to further deepen our well-established relationships with the airlines and producers in the region,” explains Stefan Karlen, CEO of Panalpina. “As we continue to expand the perishables business in this part of the world, we also see great development opportunities for our Charter Network with its gateway in Huntsville, Alabama.”

CargoMaster exports flowers and fruits by air. It was founded in 1987 and today employs 134 staff in Colombia (Bogota, Medellin), and, through its subsidiary, 32 in Ecuador (Quito).

“In the last 32 years, we have catapulted ourselves to the top of the Colombian air freight market and built a very strong brand in the region and our industry. I am very proud of these achievements and the employees that made it all possible,” says Felipe Sanchez, founder, CEO and majority shareholder of CargoMaster. “By going together with Panalpina with its strong heritage in Latin America, we have the opportunity to become part of an even bigger success story in the perishables industry.”

Panalpina’s perishables activities originated in Latin America, which is one of the world’s high-production regions for fresh produce. With the latest acquisition, Panalpina is not only further developing its perishables business in the entire region, but also strengthening the company’s global end-to-end supply chain capabilities for perishables.

The parties have agreed not to disclose any financial details of the deal.