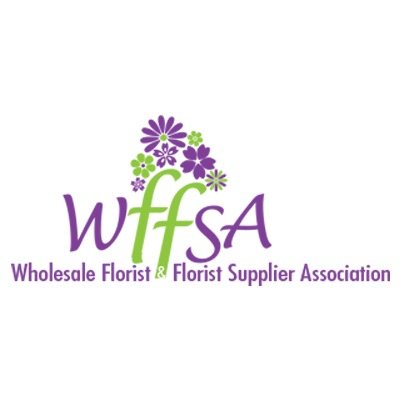 Finally, the first flower show since the pandemic has been held and what a success and relief it was!

Despite all the angst and indecision, the Wffsa distribution conference was held at the Doral and it was awesome. It no doubt was a leap of faith for the organizers to decide to hold an event in the uncertain future surrounding a pandemic, but they did it.

The registration numbers, according to Molly Mullins Wffsa’s executive VP, started climbing in the last week before the event. As people started to see others attending and were convinced it was going to happen, they started registering. As well there were 100 new attendees to the event.

The halls were busy, and everyone was smiling, as we were all let out of our cages for the first time in over 12 months. Being able to see friends and actually touch them was refreshing to say the least.

As you will see in my photo summary there were some wearing mask, but most not. Those wearing mask were almost exclusively Colombians and Ecuadorians. This was a stark reminder that not all countries are in the same situation as the US currently. Things are not back to normal in many areas but all of us are used to seeing and talking to masked people so despite some awkward moments, it was business as normal.

I used the word “normal” because in general, it felt that way. People talking, laughing, sharing, and doing business. Regardless of your political views the Doral was a good choice as it is a fancy place, conveniently located and has a nice golf course, so attendees had some entertainment options.

I often like to write about new varieties and new products that I have seen, and there were beautiful flowers and displays, but the stars of this show were people.

As the program unfolded, we heard about the most important issues facing everyone. Logistics and Labor. David Armellini (Armellini Logistics) and Brad Quinn (Prime Floral) talked about the shortage of drivers and the challenges they face as floral carriers. The basic take away is that flower trucking, where boxes are handled by the driver piece by piece, is becoming more and more difficult to recruit and maintain drivers willing to do it. Drivers prefer to drive and since there are many trucking jobs where drivers just drive, it is going to take money to get them interested. You can translate that into higher rates and minimums.

Everyone is dealing with the lack of labor and while that will work itself over time, there are just too many other options for Drivers.  We also heard about the lack of air cargo space and the high prices that the airlines are demanding. The equation for an airline is quite simple. They can fly to the Pacific rim and transport cell phones at $8-10 per kilo, vs flower loads at around $2 per kilo.

The recipient of the LTK award, given each year to an industry notable, was Augusto Solano President of Asocolflores. This is a well-deserved award and I extend my congratulations. Asocolflores and other industry organization like SAF, Calflower and Wffsa have been a great help during these uncertain times.

Gabriel Becerra, President of Golden Flowers, was sworn in as the new President of WFFSA and we congratulate him as well.

Now that this event is in the history books, we continue to see high demand for floral products and many challenges facing the industry. This super strong demand for fresh product is something we have all hoped for and most predict if will remain that way through the summer and beyond.

Flowerandcents.com and Sahid H.ahim of New Bloom Solutions live streamed four interviews that we conducted privately during the event.

I will publish these interviews in the coming weeks. Stay tuned to Flowersandcents.com.

Finally, I want to thank so many of you for telling me that you enjoy and value getting my news and videos.  It is my honor to be one of the voices/characters of the floral industry.