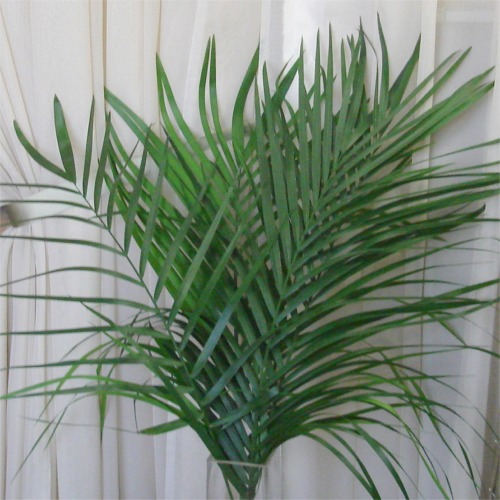 If you have been struggling to find Emerald and Jade from your regular suppliers, there is a reason. Since August of last year, the main importers of these greens from the Guatemalan jungle , US Greens, Universal Greens and Continental Floral Greens all located here in Miami, have not been able to source these products. The reason appears to be the result of some political influence that has prevented the pickers/suppliers of these products from gaining the permits needed to harvest and sell.

A recent article in a Guatemalan newspaper outlines the monopoly, that the office of the Minister of Agriculture has created, by not issuing licenses to the villagers that harvest the products and sell to the exporters.

Flowersandcents.com sat down with these companies and learned about how the situation in Guatemala has affected their businesses but more importantly the small villages that depend on the ability to harvest and sell the greens. The Greens are harvested from an area called Petén.

All three of these companies have over 30 years of history buying and distributing Emerald and Jade, (commonly known as Comador) and supporting the villagers with much needed essentials. In the beginning they told me that they bartered with the locals to get greens in exchange food and other basic items.  Without the ability to gain proper licenses they are either forced to sell to the “only” company that has permits to harvest and export or not harvest at all, which means they begin to starve.

According to this article published in this Guatemalan newspaper, (elPeriodico) This “only” company is identified as, Plantas Arco Iris , and is directly related to the current Guatemalan “Minister of Agriculture”

According to the article:

“A company linked to the head of the Ministry of Agriculture, Livestock and Food (MAGA), Mario Méndez Montenegro, seeks to monopolize the export of the xate sheet, denounced the producers of the Xate Committee.

The company Plantas Arco Iris, SA has pressured the producers so that the sale of the leaf that is extracted from the petenera jungle is exclusive. The small farmers reported that they suspended their harvesting licenses and transport guides during November.”

Flowersandcents.com was told by the three companies representatives that, at the same time their supplies were disrupted by the lack of permits, containers of the products, in question began arriving at a new competitors office recently opened in June of 2018 in Miami. According to these importers the only importer receiving these greens is called “Greens and Flower Connection”.

The three companies have begun legal action against this practice in Guatemala and all have notified their clients of this situation.

The intent of this article is to alert the floral industry of this dubious practice.